August 08, 2022 11:22 ET | Source: Genesis Universe Genesis Universe
Singapore, SINGAPORE
Singapore, Aug. 08, 2022 (GLOBE NEWSWIRE) — Affected by a series of events such as geopolitics, inflation crisis, and the downfall of LUNA, the crypto market has suffered systematic havoc in the first half of 2022. The market sentiment caught in a downward trend tornado with the market value and trading volume shrinking significantly. However, there is one dark horse that has achieved growth in a market-wide drop. According to the data of Footprint Analytics, the total number of Web3 game projects in the first half of the year reached 1,498, achieving a 99% year-on-year increase. In addition, the total investment scale reached 3.7 billion US dollars, exceeding the total of $780 million in 2021. Capital and smart money in the market is “voting with their feet” to support the sector they are optimistic about. 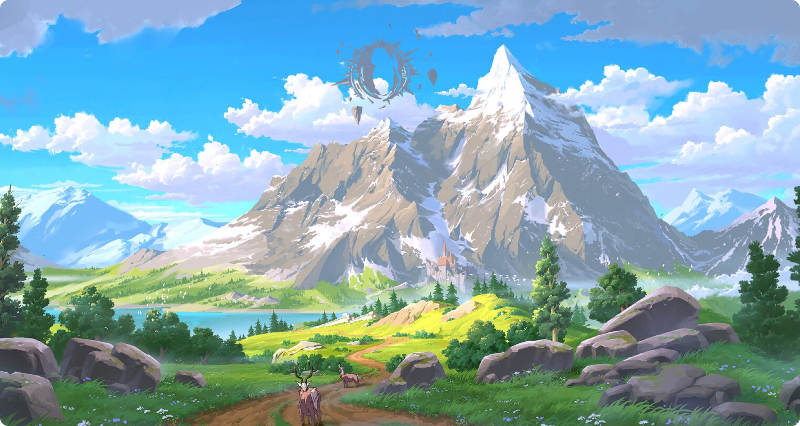 Recently, Genesis Universe, a Web3 game developed by Superchain, has completed $2 million in private financing. The core team of Genesis Universe said that they hope to contribute a new idea to the Web3 world with the enhancement and polishing of entertainment and economic models. With the landing of financing, the team will further realize its goal. In the competitive chain game sector, why is Genesis Universe able to stand out and get the favor of capital?
Genesis Universe is a Web3 card strategy game built on BSC, which integrates collection, battle, mining, and trading. Players can continuously collect higher-value NFT cards in the game, and get token rewards through the battle between players. In order to maximize a players’ income, Genesis Universe also has a built-in trading market and mining functions, allowing players to freely trade NFT game cards, and enjoy high annualized mining income, which enables players to achieve “Play To Earn” in Web3 games.
In addition to income-making, Genesis Universe also attaches importance to playability. The story background of Genesis Universe is established in a virtual world, where players explore and fight in this unknown world. Mythological characters in various cultures will fight side by side with players as card heroes. The cards are divided into six camps: Egypt, Greece, Nordic, China, India, and Japan. The game cards of each camp can be combined to join the fight. Players need to adopt multiple strategies to win, which requires the ability of understanding and reading, breaking the prejudice that Web3 games only focus on economic benefits and ignore playability.
Breaking The Cultural Barriers
In traditional games, players love an immersive experience of game plot and gameplay; based on this, Web3 games add more financial attributes, especially the emergence of P2E, which makes the game able to even become part of people’s income source. This undoubtedly makes the audience of Web3 games much more diverse than that of traditional games, especially in the third world such as Latin America, Southeast Asia, and Africa. The global audience is a major feature of Web3 games.
Because of the cultural barriers that may exist between various regions of the world, the game should take this into account in the shaping of the worldview as well as the design of the style. In addition to the game, other NFT projects actually have this problem – for example, the roughly drawn BAYC is less popular in the Eastern world than the more detailed Azuki.
Genesis Universe has designed the story from the very beginning as a “Battle of the Gods” in the background of a chaotic world. The card heroes cover the mythological characters of the six regions of Egypt, Greece, Northern Europe, China, India, and Japan. Users from almost every region can find familiar characters from their own culture in Genesis Universe, such as Hermes, the god of travel in Greek mythology, Odin, the king of the gods in Norse mythology, and Pan Gu, who opened up the world in Chinese mythology, etc. Breaking the restrictions between cultures allows users to gain a sense of cultural identity in the game.
In terms of art style design, Genesis Universe maintains a unified overall style, and also adopts slightly different designs for each camp hero, making it more in line with the different aesthetic needs of users in various regions. Therefore, in addition to being used in the game, the cards themselves also have certain collectible attributes. With the unique design of the cards, even if users do not play the game, they can use them as an NFT collectible. Genesis Universe’s design of rarity makes these cards also have room for appreciation.
Fun>Money
In traditional games, card strategy games have always been one of the most popular types. Such strategy-driven games have a huge player base, and the gameplay is constantly evolving and extending.
After the outbreak of GameFi, many game development teams began to build card chain games based on blockchain, allowing players to earn revenue while playing. For example, Axie Infinity incorporates card elements into the cute pet battle mode, and Gods Unchained is more directly known as the blockchain version of Hearthstone. The cards in these games are usually shaped by NFTs with the feature of confirming rights.
The card game created by Genesis Universe is more about allowing players to enjoy it, rather than simply play to earn. The failure of many “P2E” games today is that they get lost in the trap of making money and forget what the game should have been like in the first place.
The difference between the Genesis Universe card game and other simple P2E games is that, while the latter pursues how to make money quickly, their game mechanism becomes extremely simple, with various immutable game routines, which reduces the playability greatly. On the other hand, it deteriorates the liquidity of NFTs in the secondary market — because players will only buy specific NFTs in those routines to maximize their own income and efficiency.
The Genesis Universe card game provides players with countless possibilities: 6 camps, 5 stars and 30 kinds of characters. Each card has 4 different attributes of attack, defense, constitution, and agility, and the base level of the card can also be upgraded. After the level is upgraded, the attributes will increase. Different card groups will have different game results. There are also collectible cards that will bring extra income for players. Every card is useful, which greatly increases the uncertainty of the game. Game battles require players to arrange troops according to the scene, which not only increases the playability, but also guarantees each card’s value to prevent players from pursuing certain specific cards and causing the prices of other cards to plummet. 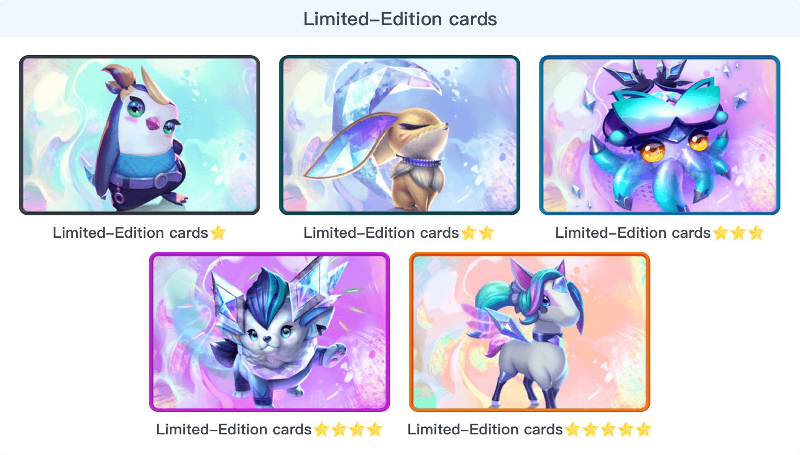 Reasonable Economic Model
The biggest difference between Web3 players and traditional game players is that the former has a strong desire to gain real income, that is, in addition to playability, profitability is also essential. Therefore they will pay for the initial assets, and will even be willing to invest more assets in the mid-term to upgrade their level to get more benefits.
A reasonable economic model is also essential for Web3 games. At present, many Web3 projects often design a very high-return income model in order to quickly obtain traffic and funds when they are launched. However, this high-return model is not sustainable. After the early players gain profits and leave the game, the high yield and high output will generate a lot of circulation, which will bring huge selling pressure to the project in the secondary market. The price will plummet, which will lead to a sharp drop in revenue, and more players will shift away – this is a death spiral, which will eventually lead to the collapse of the project.
Genesis Universe’s economic design focuses more on how to keep players playing longer, rather than how to earn more.
Genesis Universe has two main revenue models — one is to get rewards through battles between players, which is the so-called “P2E”, and the other is to get bonuses from the accumulated prize pool, which is mining. Players can add liquidity to PancakeSwap with GUT tokens (earned in the game) + USDT and pledge LP to the Farm in the game to obtain liquidity rewards. The income of the mining pool will also adjust with the prize pool and the amount of funds involved in the pledge, allowing players to have an additional passive income.
In addition to participating in mining, players can also lock GUT to join the membership system and enjoy various benefits in the game, such as extra card draws, mining income bonuses, and so on. Genesis Universe also adds an exit penalty mechanism in the lock-up, that is, when players unlock GUT, a part of the exit fee will be deducted. 60% of this fee will be rewarded to other users who lock GUT, and the other 40% will be directly burnt. On the one hand, it can encourage players to lock GUT and reduce the selling pressure in the secondary market. On the other hand, deflation can be achieved through burning, which further empowers the value of GUT.
Overall, Genesis Universe didn’t design itself as a simple P2E game from day one. In the current market, simple game mechanics, rough art design and rudimentary game experiences are unable to attract more game users. Genesis Universe is based on playability, adding a new Web3 concept and economic incentives to the card strategy games that have been verified by the market, which not only improves the participation of the game, but also brings high-value returns to users. That’s why Genesis Universe was able to break through and succeed in the competitive gaming industry.
Website: https://genuniverse.io/