Dear Southampton reader, step inside and immerse yourself in the world of NFTs — your club are the next to embrace the world of non-fungible tokens.
In November, Southampton and their main sponsorship partner, Sportsbet.io, launched a “first of its kind Crypto Fan Fund” donating two bitcoins — a form of decentralised digital currency, or cryptocurrency — to be used in several fan-led initiatives.
Four months later and a competition was announced, giving those who participate a chance to win a bitcoin, “which has been worth between £25,000-35,000 in 2022”.
After three rounds, where hundreds of supporters were tasked with finding hidden bitcoins through QR codes across the city, blockchain-style puzzles and scanning social media, 10 finalists — all required to be over the age of 25 — were selected for the grand final. It took place at half-time of Southampton’s home match against Crystal Palace in April. Supporter Clare Way, 42, won the competition and described it as “a moment she will never forget”.
If these two events were regarded as Southampton dipping their toes into this world, then the launch of their home kit this week is them taking the plunge.
It is, as their buzzword seems to be, a “bold” time to be getting into this orbit, with the market for NFTs and cryptocurrencies tanking everywhere.
Almost every club in the Premier League has promoted digital assets to their fans which have plummeted in value for those who bought them as investments. For instance, the bitcoin Southampton were offering in February is now worth around £16,000. 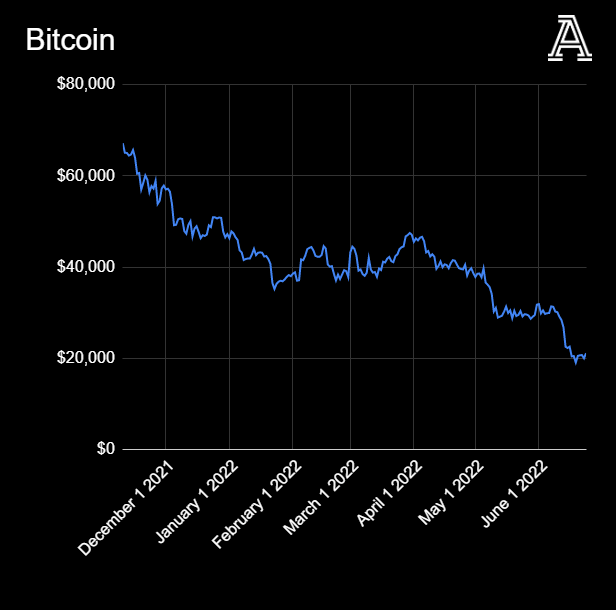 Now, with the release of their 2022-23 “bold is brave” home kit (the away and third shirts will be made public in the coming weeks), Southampton say they have become “the first-ever Premier League club to launch an NFT of its kit designs”. Pertinently, however, they do stress that “NFTs are digital collectable works of art and should not be considered as financial investments”.
So what does this mean and why are Southampton doing it? Let The Athletic explain…
NFTs are non-fungible tokens, a form of digital asset based on blockchain technology — computer technology similar to a database — that underpins cryptocurrencies such as Bitcoin and Ethereum.
To their advocates, they are the modern iteration of trading merchandise like stickers or clothing but to detractors, they are exposing sports fans to unregulated financial speculation.
NFTs are said to be “unique collectibles” like a jersey or a physical trading card but they do not really work in the same way.
An NFT is a register on a blockchain in the form of a “hash”, a string of numbers and letters. This hash then points to the collectible, which in this case is a rotating image of a Southampton shirt.
But, unlike an actual club shirt worn by a past legend that might be framed on your wall at home, anybody can look at the image for free. The NFT is simply proof of ownership, like a receipt.
Southampton are creating only three NFTs — one for each of the home, away and third kits — which they say “makes each one a true collectable item for football shirt collectors”.
Southampton’s NFTs will be available on the trading website OpenSea in an auction, which began on June 29 and will run until mid-August. Bids must be made in cryptocurrency and the successful bidder will get a bonus “first-off-the-line” physical shirt too.
Designed to turn heads 👀 pic.twitter.com/898EVTlPO2
— Southampton FC (@SouthamptonFC) June 29, 2022

Southampton say the NFTs “have been created to showcase the original digital design drawing of each kit, which are bolder and braver than ever before”. They are red and white, you won’t be surprised to hear, and the home shirt “draws inspiration from those worn by the flamboyant and free-flowing Saints side of the early ’80s”. The “striking central red stripe and central badge mark a brave new direction for the club”.
Southampton stress in their press release that the NFTs “should not be considered a financial investment”. On OpenSea, the description states: “The NFT may be re-sold or transferred in accordance with the NFT Terms.”
“While we appreciate that not everyone will be ready to dive into the world of NFTs, we want to be bold in giving our supporters the choice to explore this exciting and new area,” says Sarah Batters, Southampton’s director of marketing and partnerships.
Football club NFT partnerships usually involve an intermediary company, which is paid to produce the assets, but none is mentioned in the Southampton press release.
Liverpool unveiled a controversial NFT scheme at the end of March, which allowed fans to “purchase animated, cartoon-style digital artwork of 23 players and manager Jurgen Klopp”.
If Liverpool had managed to sell all 171,072 “unique images” on offer, they could have brought in £8.5 million. But the sale was a flop, with only around six per cent sold.
While they were initially sold for $75 (roughly £57) each, most are now being sold for less than this, meaning fans have lost money on their initial investment.
Some are being sold for as little as $11 (£8.96). Those NFTs can now be traded on the marketplace OpenSea — the same as Southampton.