Get daily business news from the region delivered straight to your inbox
Alves launched the NFT drop of his trophy collection, in conjunction with Dubai-based ColossalBit and British luxury watchmaker Backes & Strauss
Footballer Dani Alves has launched 43 luxury timepieces and their NFTs, which commemorate every major trophy he won in his career spanning 22 years. The launch was held at MetaTerrace, a happening metaverse-based nightlife lounge in Dubai, on June 28.
ColossalBit, a Dubai-based consulting, advisory, design, and development company for cryptocurrency, blockchain, NFTs and metaverse, hosted the event. ColossalBit also partnered with watchmaker Backes & Strauss in creating the NFTs of the latter’s timepieces. The 43 physical luxury watches were unveiled alongside fractionalized, premium, and regular NFT variants of the same. 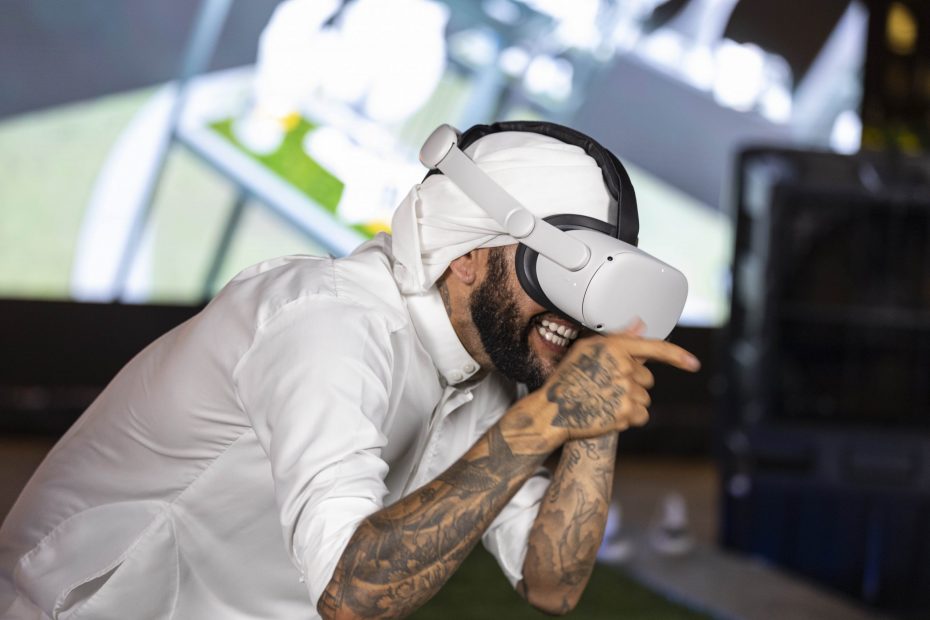 “The metaverse revolution has found a true champion in Dani Alves. He brings with him the same energy, charisma, and persona that he brought on the pitch. The overwhelming response to this NFT drop testifies to the promise that blockchain and associated applications hold. We are glad to be at the forefront of NFT, metaverse, crypto, and Web3 technologies and their development in the Middle East and beyond,” said Christian Chalfoun, co-founder & CTO, ColossalBit and MetaTerrace, who was also a speaker at NFT NYC 2022.
#ExSports was at #Metaterrace with @DaniAlvesD2 for the unveiling of his new #NFT project with @ColossalBit and @Backes_Strauss . are glad to support and collaborate through @urbanball and @seanfreestyle . It is an exciting time for #footballers entering the #blockchain space. pic.twitter.com/xDTPUm4ceN
— EX Sports (@ExSportsToken) June 30, 2022

Dignitaries included Vartkess Knadjian, CEO of Backes & Strauss; Sheikh Ahmed bin Sultan bin Khalifa Al Nahyan and Burak Özdemir, better known as CZN Burak, a Turkish chef and restaurateur. Also, in collaboration with Ex Sports, Séan Garnier, the French freestyle footballer, performed live with Dani Alves at MetaTerrace, treating attendees to some silky and flashy footballing skills. Attendees also had the lifetime opportunity of interacting and taking pictures and autographs with the stars.
NFT and metaverse-related initiatives are on the rise in Dubai, with ColossalBit leading the charge and working with government entities in growing and expanding the space. ColossalBit’s MetaTerrace has been at the heart of the action, with many exclusive events held in the real world and the metaverse. At the event, Alves also unveiled a first-of-its-kind NFT VR room built for a football player by ColossalBit. Alves explored and walked inside his NFT VR room live, which will now be available for all his fans and NFT holders to experience from anywhere in the world. This marked the start of ColossalBit’s long-term vision of bringing the NFT and metaverse space closer to the community and exploring its full potential.
© 2021 MOTIVATE MEDIA GROUP. ALL RIGHTS RESERVED.