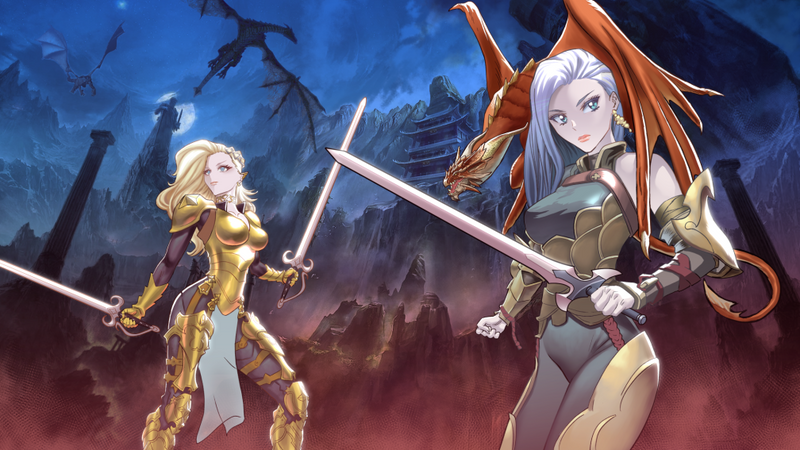 Dragon Guild NFT has announced the presale of its much-anticipated NFT, which will allow people to become a part of a mysterious guild that is sure to leave them amazed. The Dragon Guild PreSale pass will be made available through a user wallet. The NFT will be airdropped to the minter locations in proportion to how many they purchased. Even though these NFTs cannot be sold to a third party, there is a surprise in store for token holders, as the company aims to provide them with some unique products after the presale.
"Dragon Guild has never been a standard NFT project, utility from day one, acquired a plot of land in TCG for every NFT," the founder of metaVUrse's Dragon Guild NFT revealed. "TCG's alpha has not yet been released, so it will not provide immediate utility. The land has been secured and will be offered along with the other amazing advantages during the second mint. A brand-new, totally incredible utility has been implemented that will begin generating revenue for Dragon Guild within the first week. Those 750-dollar mint costs will be a thing of the past now."
metaVUrse LLC has also developed an ambitious three-stage roadmap. The first stage will offer total Dragon Guild membership access to all holders, with Dragon Guild NFT serving as their exclusive all-access pass to some of the most valuable advantages available, such as a tightly knitted community of guilders.
The second stage which is probably the most important phase, minting the dragon handlers and will be able to share the profits that will be rolled out from day one. It will also provide users with various benefits such as staking rewards with tax benefits from community charity functions, revenue sharing of patents, and much more. This added bunch of utility is said to be the reason behind the lower mint prices of Dragon Guild NFT, as it will bring down the average minting cost by half.
Stage 3, will focus on the holders who will be getting a free mint of the second collection, will offer amazing benefits such as TCG land plot for holders, staking for tax benefits and for Dragon Guild Coin, Upgradeable NFTs for fighting, and treasure hunt specific items worth $100 for free.
A metaVUrse LLC spokeswoman was quoted as saying, "Dragon Guild, we have focused on having top quality in every part of our project. Matt Cossin is an artist who has worked for Disney and other companies. We are committed to putting together a team that works towards making the greatest guild in the metaverse. With our vision and the community's commitment, that will be life-changing for everyone involved. That is what Dragon Guild is, and that is what we will achieve together."
Dragon Guild is a Guild in TCG, which has already broken a record for the biggest metaverse deal ever made and is the first guild to connect an entire land plot inside a metaverse to an NFT. To learn more visit: https://dragonguildnft.com
Watch DragonGuildNFT Intro Video: https://www.youtube.com/watch?v=brRHQdLDoIs
Contact Info:
Name: Robert Upton
Email: Send Email
Organization: metaVUrse LLC
Website: https://dragonguildnft.com

Video URL: https://www.youtube.com/watch?v=brRHQdLDoIs
Release ID: 89076251
If you detect any issues, problems, or errors in this press release content, kindly contact error@releasecontact.com to notify us. We will respond and rectify the situation in the next 8 hours.